Ambrosia artemisiifolia (ragweed) has been introduced in Europe where it is a major cause of pollen allergies. The invasive weed continues to spread in large parts of Continental Europe and thereby increasingly threatens public health.

Ragweed also causes major agricultural concerns as it is widely regarded as a difficult to control, persistent weed. The costs associated with ragweed control have been estimated at several hundreds of millions of euros arising from both public health and agricultural concerns.

The spread of Ambrosia artemisiifolia:

Ragweed’s rapid growth leads to spreading. Ragweed seeds begin germinating in March. Flowering begins around mid-August, and pollen is continuously produced until October. Seeds are formed between September and October. A single plant can produce approximately 3,000 seeds and can germinate for more than 10 years. Human activities including agriculture are amongst the most efficient means of distributing ragweed seeds.

Ragweed is particularly present as a weed in crops like sorghum, peas, and sunflower. In spring crops, ragweed can be very destructive to crops if not well controlled.

Ragweed was introduced to Europe during the 20th century, especially during World War I, and is currently found in many countries in Europe such as France, Italy, Germany, Austria, Hungary, Czech Republic, Romania, Bulgaria, Ukraine, Russia, and the Balkans. 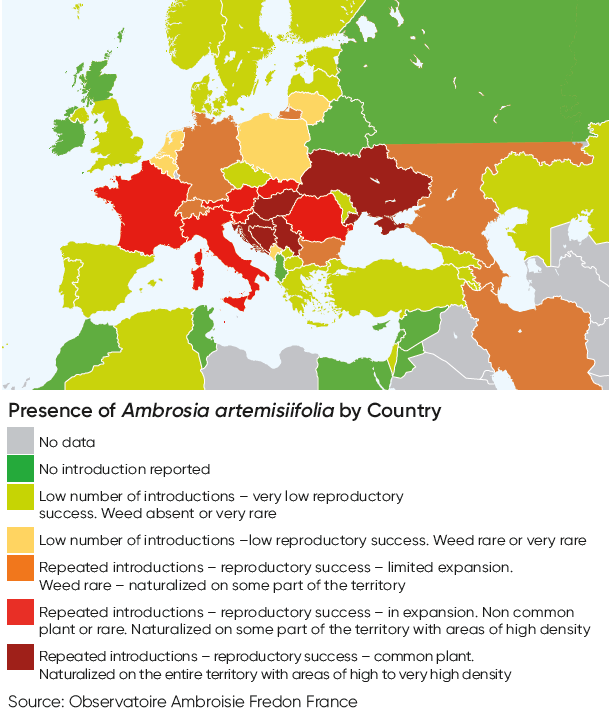 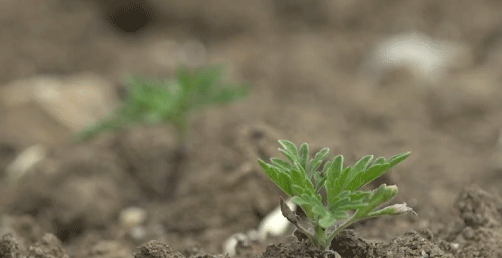 A single ragweed plant can release more than one billion pollen grains that are wind dispersed up to a radius of 100 kilometres. Ragweed pollen is intrinsically far more allergenic than grass pollen: five pollen grains per m3 of air suffices to trigger allergic reactions in humans. Ragweed causes severe allergies during flowering time in August and September. People sensitive to ragweed pollen may suffer from symptoms such as rhinitis, conjunctivitis, tracheitis, asthma, or skin disorders such as hives or eczema.

Researchers participating in the EU Atopica (https://www.atopica.eu/) project indicate that ragweed sensitization will more than double by 2041-2060 increasing from 33 million to 77 million people. Those projections are primarily driven by assumptions regarding climate change but also reflect current trends in the spread of this invasive plant species across Europe.

Growers are facing the full impact of ragweed infestation as they have to deal with both the economical and agricultural impact in their fields as well as allergies caused by the presence of ragweed.

In the absence of effective ragweed control measures, a crop will suffer from fierce competition for water and nutrients. Average yield loss in sunflower crops is estimated at 300kg per hectare at a ragweed density of 10 plants per m2 by Terres Inovia (The French Technical Center for Oilseed Crops). Potential crop yield can be reduced from 20% to 70% depending on the year.

Ragweed is listed in the EPPO (European Plant Protection Organisation)  list of invasive alien plants as it has a high potential for spread which poses a huge threat to plant health. The EPPO strongly recommends countries where ragweed has been reported to take measures to prevent further spread or to manage established weed populations (for example by informing the public, restrictions on sale and planting, and weed control measures). There is no specific European regulation for control of ragweed besides an European Directive which sets the maximum levels of Ambrosia spp. seeds in products intended for animal feed (Commission Regulation (EU n° 744/2012).

Some countries in Europe have decided to implement local specific plans for ragweed control (like Hungary and France) that aim to monitor and control the spread of ragweed. The effectiveness of preventative and curative actions depends much on the mobilization and cooperation across multiple stakeholders (public and private) within a territory.

Arylex™ active as a tool for ragweed control in sunflower:

Arylex™ active offers a new, versatile tool for ragweed control in sunflower crops. Arylex™ active belongs to a new class of chemistry, the Arylpicolinates, within HRACs Group O (Synthetic Auxins). Herbicide solutions like Viballa™ and Helianthex™ powered by Arylex™ active will control key broadleaf weeds, like Ambrosia artemisiifolia, Chenopodium album, Xanthium spinosum and Abutilon theophrasti currently not fully controlled by existing herbicide solutions.. In particular, it provides an unprecedented control of Ambrosia artemisiifolia even on biotypes resistant to other modes of action, such as ALS, and even at developed stages of the plant. By significantly reducing the number of plant survivors, it reduces the production of pollen. Arylex™ formulations can be safely used on conventional and herbicide-tolerant sunflower varieties. 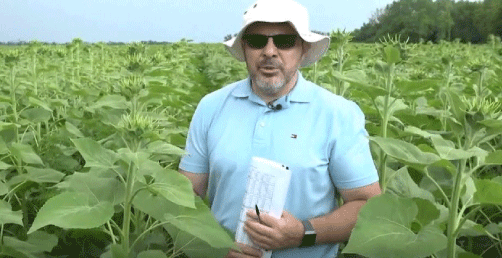