Mokgadi Manamela: Trading heels for gumboots to build a legacy 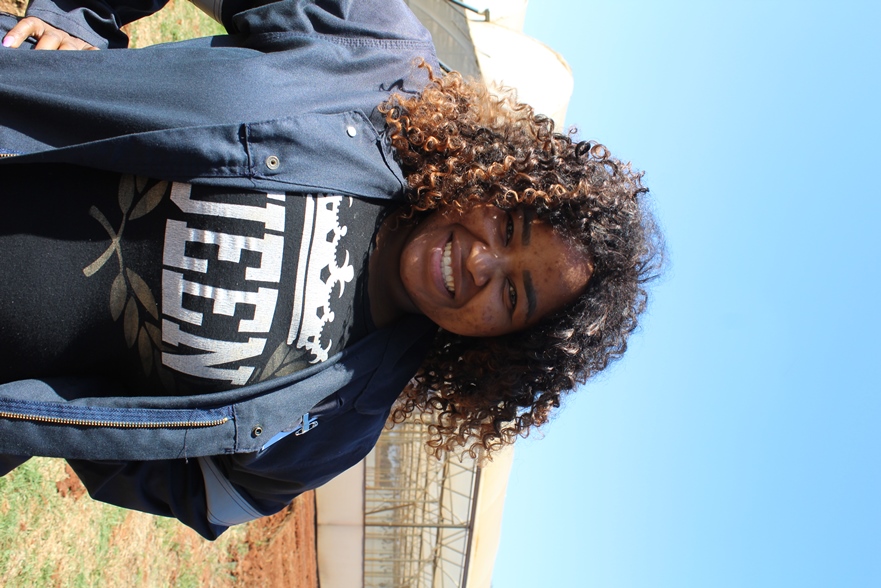 When Mokgadi Manamela traded in her heels for gumboots nearly ten years ago, leaving behind a legacy for her children was her top priority.

The 33-year-old farmer from Lissa-Gakgare village in Limpopo, South Africa wanted to become one of the best organic vegetable producers in the country. She not only wanted to offer quality crops, but also to enhance the nation’s food security. “My father was a livestock and crop farmer, so I grew up farming with him part-time,” she recalls. “Even though I aspired to be like him, I wanted to do things differently. He was a small-scale farmer and I wanted to become a commercial farmer who would supply crops to our local and international market so that I could leave a name for my kids,” she says.

An environmental management degree is useful

Her environmental business consults to farmers across the country, educating them about farming, environmental awareness, health, safety, sustainability and obtaining farming licenses. She also teaches farmworkers about exploitation, how to work with machinery to prevent work injuries, how to use water sparingly and which crops to plant to avoid water wastage.

The company started operating in 2012, but the official opening was in 2015. “We started in Pretoria but now we operate all over the country,” she says. Manamela uses her environmental management skills to run her 10ha farm called AgriHlash. She follows organic farming principals and specializes in rotational crop farming. “At the moment, I have two fields of crops; one field has mielies (corn) and the other field has cotton. I am one of the few black women in South Africa who farms with cotton and who has received help from Cotton SA, who have assisted me to get the right quality and the right crop,” she says. “We are currently in harvest season and since we work with Cotton SA, they have already provided us with customers who will buy the cotton from us to manufacture clothes. Once the cotton is harvested, we are going to plant potatoes.”

Manamela plans to expand her farm so that she can plant enough vegetables to supply big food companies such as Simba and Knorr. She also wants to export her products to international markets. “With enough funding, I will be able to make my dream come true, because I will be able to utilize my other piece of land. It is 15ha big, and it is not far from where I currently farm.” Manamela also had a farm in Gauteng, but because of a land claim issue the farm had to be sold. She says she wants to purchase another farm in Gauteng since she is primarily based there now. “Farming needs you to be hands-on and fully present for it to be a success,” she says.

The Bakone Nkwe Secondary School matriculant currently employs three farmworkers and two directors at her environmental company. She explains that farming is not easy. “Sometimes you lose in farming and sometimes you gain, because it relies on nature; it requires a lot of patience and understanding from you.”

Manamela shares that being recognized by Corteva and Cotton SA has been her biggest moments of breakthrough. “To be recognized by corporate organisations helps you a lot because now you know who to contact when you need help. Corteva has helped me with supply development, funding, commercialization and growth. “Cotton SA created markets for my cotton; when I collaborated with them my product went places. You may have a product, but you would not know where to sell it, how to sell it and the volumes that are required, so Cotton SA helped me with that.”

In the future she wants to venture into poultry farming and supply eggs to corporate companies such Tiger Brands, Woolworths and other companies that make baked goods.

Every day and everywhere, Corteva is supporting farmers like Mokgadi to grow and thrive. We bring our global presence, deep knowledge and diverse resources so that farms can flourish, moving our world forward. Learn more about how Corteva is enriching the lives of those who produce and those who consume, ensuring progress for generations to come.