The Biologicals portfolio from Corteva Agriscience is raising the standard in performance for pheromone products. These products work side by side with evolving farm practices for pest control that is proven, simpler and more flexible. Corteva will offer a variety of pheromone products under the brand Enrapta™ pheromones.

Pheromones are natural chemical signals used to “communicate” between members of the same insect species. These signals drive certain behaviors, like mating or aggregation. Pheromones are extremely specific. When used for pest control, they have limited to no impact on non-target insects. Pheromones are active in very low quantities and can travel over long distances. Pheromones also have the advantage of protecting crops and the crop environment without spraying the crop itself. Therefore, pheromones don’t create any crop residue. Pheromones from Corteva are an effective complement to other pest control strategies, including synthetic chemistry and management practices, as part of an overall IPM approach on the farm. 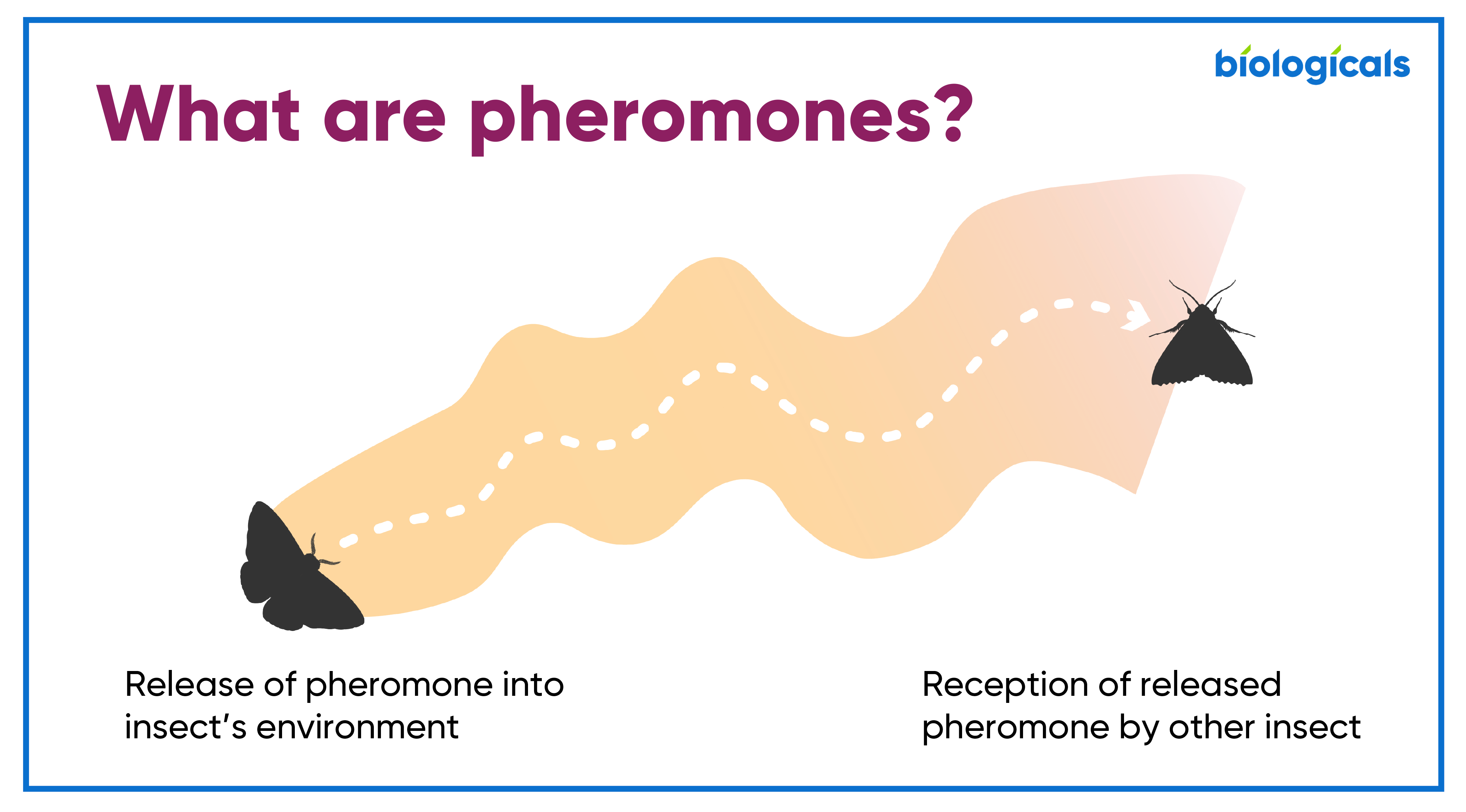 Pheromones are chemical signals released by insects in response to stimuli. One insect releases the pheromone and the other receives it, allowing insects of the same species to “communicate.” These signals drive behaviors, such as mating.

What Do Pheromones Do?

Pheromones are natural chemical signals released by members of the same insect species. When a recipient insect detects one of these signals, it influences behavior—for example, triggering a mating response or telling the insect to gather with others. Pheromones from Corteva harness the power of these signals to provide a desired response that contributes to pest control. There are four main ways that pheromones can be used to help farmers protect crops: mating disruption, mass trapping, attract and kill, and pest monitoring. 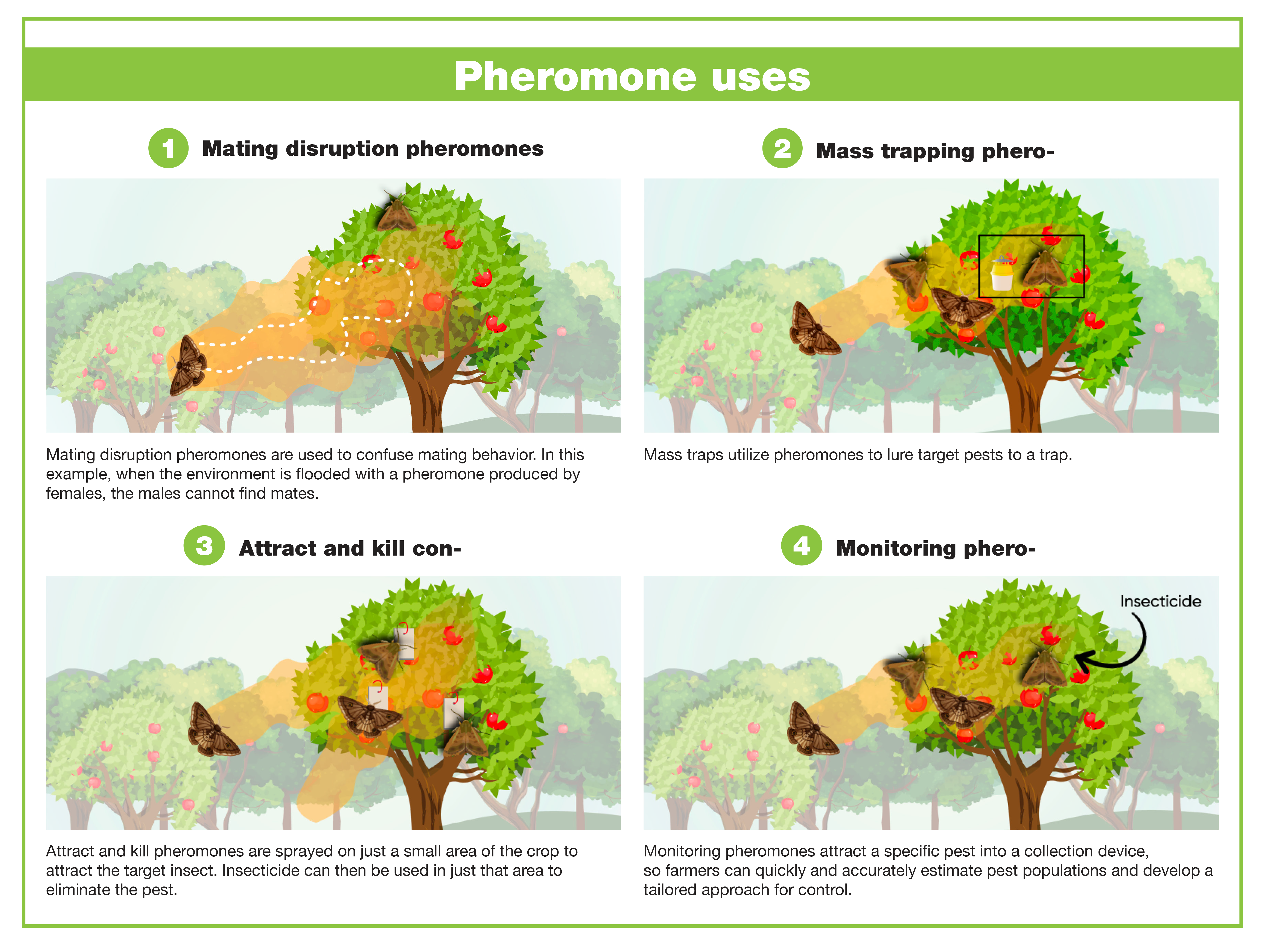