Maize is the most important staple crop in many parts of Africa. Although maize yield productivity is gradually increasing in Africa, it is still one of the lowest in the world. This is primarily due to minimal use of improved hybrid seeds, fertilizers, and lack of appropriate pest management tools. The low maize productivity in Africa is further exacerbated by the recent introduction and establishment of the voracious maize pest, fall armyworm. Native to the tropical and subtropical regions of the Americas, fall armyworm causes significant yield losses, risking Africa’s food security. 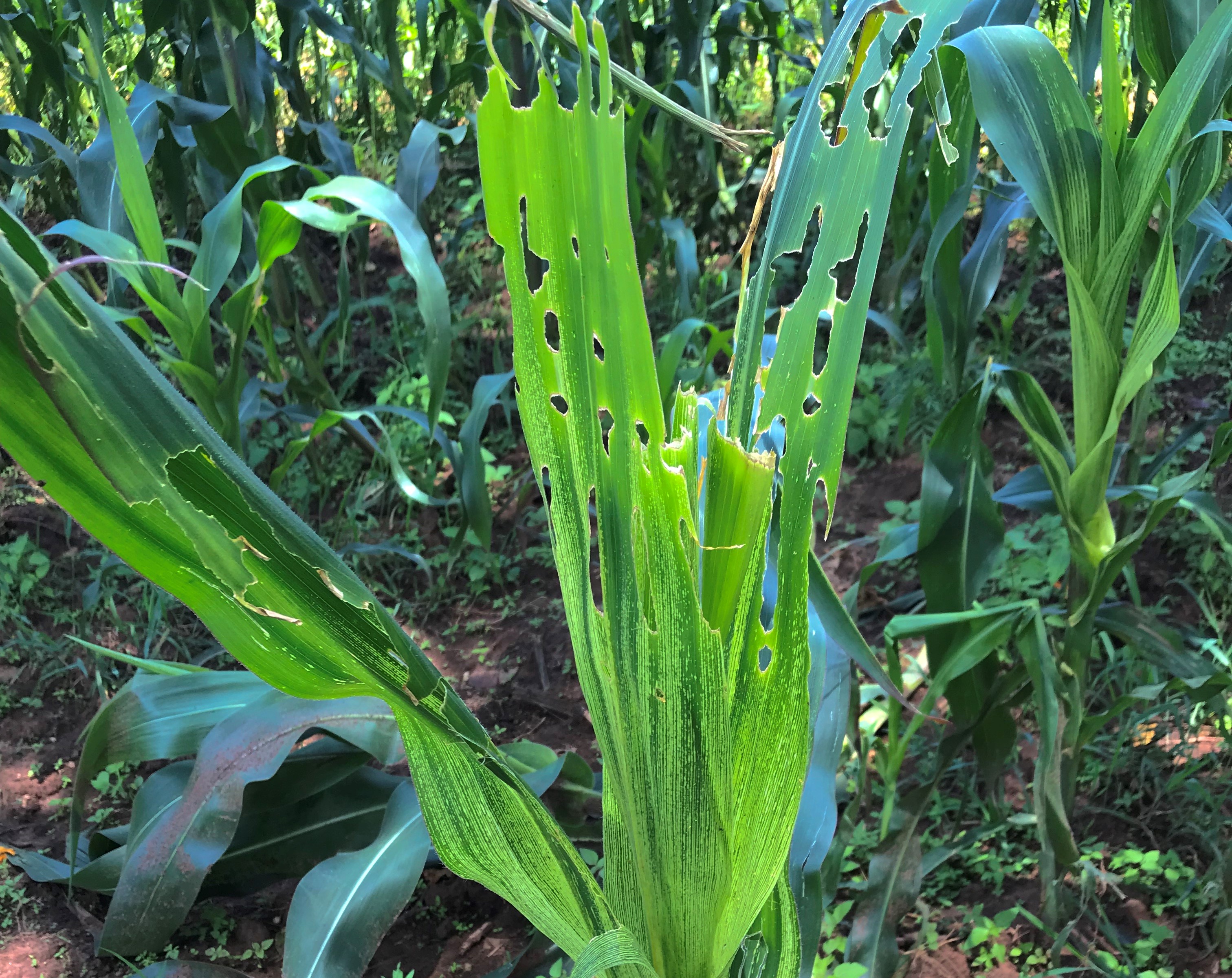 Fall armyworm can survive on more than 300 plant species, although it strongly prefers feeding on maize. It is highly prolific, laying eggs in large numbers and can migrate long distances. This is evident in how quickly it has spread from Africa to many countries in Asia, where it is also a major threat to maize production.

In Africa, it is estimated that, on average, around 30 percent of plants are infested, although we have observed in excess of 90 percent infestation in late planted maize in Western Kenya. Despite multiple scientific publications and international collaborations to create awareness about pest management for fall armyworm in maize, most small-scale farmers are not beneficiaries of this knowledge. Typically these farmers resort to traditional methods of pest control that may not be effective. Talking with farmers in Western Kenya, we learned that some have resorted to using locally-prepared solutions from ashes, chili peppers, and soap. Some farmers even resort to squashing both larvae and egg masses, which could be effective at small-scale farm levels.

In collaboration with AMPATH, we initiated training for small-scale farmers in Western Kenya to educate them on the biology and management of this pest. We are also collaborating with other organizations to ensure that the program is sustainable, and farmers are aware of pest management options to make informed decisions. Stay tuned for more on this initiative.

Read about the author Fikru Haile