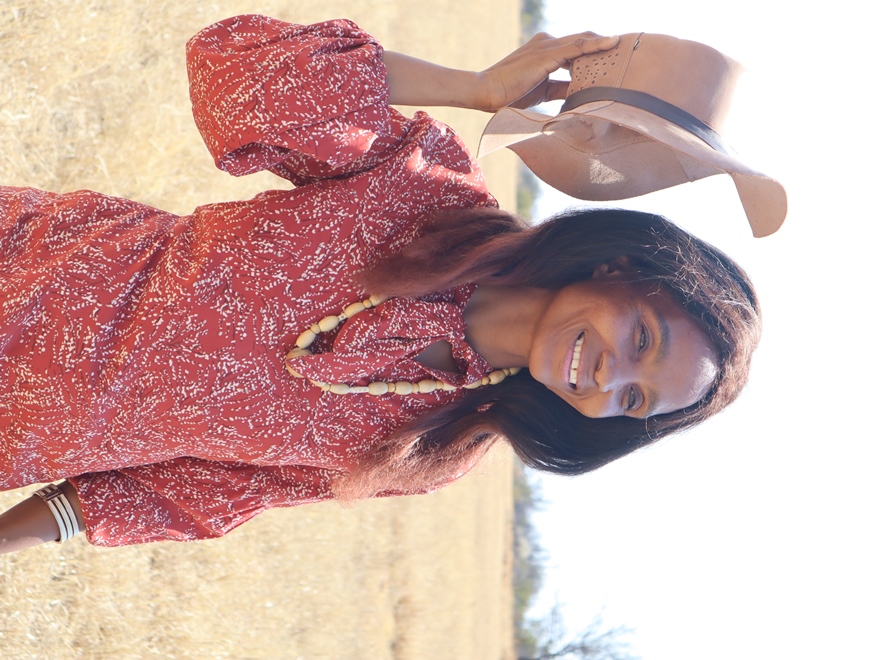 After nearly a decade working in the corporate world, Alice Radebe decided to follow her childhood passion.

As a child growing up in Mahikeng in North West, Alice Radebe watched her parents grow food for their household while both had full-time jobs. Unbeknownst to them, their love for growing produce inspired a love for agriculture in their daughter. “I had this passion for farming. It started while I was growing up, because I grew up in a family where my parents were farming,” the 44-year-old recalls. “They were working for the government but then they were doing the farming part-time. So, I could see while growing up that [farming] can really help someone to sustain themselves, for food in the house. And sometimes for a bit of extra cash.”

Even though Radebe’s love for farming manifested early, she never felt inclined to pursue the agricultural route after finishing high school. In school, she did only business subjects, which was the reason she eventually ended up obtaining a bachelor’s degree in commerce from the University of Cape Town (UCT). “Also, growing up, my parents did not channel us to be entrepreneurs. They channelled us to get a job and maybe become a director in government. That was not what I wanted to do, but I went into corporate.”

Radebe graduated in 1999 and spent more than ten years working in finance for some of South Africa’s biggest corporations.

In 2010, she quit her corporate job. At that point the mother of four had two very young children who she often could not see or spend time with due to the demands of her role. “The 9-to-5 in Johannesburg, the traffic, it was too much for me. And my children were [young], in grade one and grade two. Back then, I had the domestic worker at home, and I kept coming home late. Month-end, with finance, you have to come home very, very late. You take your work home, and you have to go to the office early for reporting. It just drove me crazy.”

Radebe’s entrepreneurial spirit shone through even while she was working in the corporate sector, though. It was this entrepreneurial spirit that would eventually push her to continue her parents’ legacy. “Even when I was in corporate, I would sell odd things like Avroy Shlain. And I enjoyed it, talking to people, seeing money come in every day,” she says.

Her decision to quit her job was spurred by a business venture she started with her husband, Thabo. The couple had started visiting the City Deep Fresh Produce Market in Johannesburg, buying fresh produce then selling it to local restaurants. “In three or four hours, we saw a return on our investment, without spending a lot. Sometimes, I would go with him to the market at 4:00 and by 7:00 he dropped me at work, then he would go and deliver the goods. And then I would keep on phoning him to ask him how it went,” she laughs.

She realized then that farming is what she wanted to do. “You know, we go to Woolies (a South African retail chain) and we buy [vegetables] and we don’t even know where they come from. And we think some produce brands are better than others. But they come from the same point. So, I thought, ‘You know, this thing (farming) really can sustain us.’ Everybody, regardless of who they are, needs to eat.’’

You know, we go to Woolies and we buy [vegetables] and we don’t even know where they come from. And we think some produce brands are better than others. But they come from the same point. So, I thought, ‘You know, this thing (farming) really can sustain us.’ Everybody, regardless of who they are, needs to eat.’’

Radebe started farming officially in 2014, when her father expanded his farming business. They did not yet have their own farm, but he bought machinery that allowed him to work the fields of other community members that were lying fallow. “He started helping out, fixing those farms. But in 2015, he passed on. We are continuing the family business.” Radebe says that her father helped them make an impact on the community, which was another reason she returned to farming. “The leasing agreement we had with the people is that we work the land, and then at the end of the harvest, we give them a percentage of the harvest. We could see that people believed in us so much. It’s like they had their last hope in us. So, we could not abandon them.”

In 2019, Radebe was browsing through a local newspaper when she saw an advertisement from the department of agriculture, land reform, and rural development for a state farm of over 400ha in Mahikeng. “Working with the community is a good social opportunity, for us and for the community, but it comes with challenges. So, I applied for the farm, and fortunately our application was accepted,” she says.

The only downside is that the farm has water, but no facilities. “Still, it answered our prayers because we needed the land to work on. We plant sunflower and maize on the land. There’s also grass for the animals that we cut on an ongoing basis and sell around the town where we live.”

Radebe says that the land is in an area where people farm communally, which had led to some challenges for them. “There’s a village nearby where the people with cattle and goats would come by, especially during winter-time. You can imagine that [once the livestock came through], we couldn’t cut the grass and sell it. We would struggle for six months a year with all kinds of things like stolen fences etc. But then we came to an agreement after speaking to the people and speaking to the chief.”

In future, Radebe hopes to expand operations further. “At the moment, I’m dreaming about buying trucks to bring my hay to the market. To hire a truck is eating our profit, so we use a tractor. I want to see us have just two or three trucks.” Thinking back on her trajectory into farming, she says she sometimes wishes that she studied something in agriculture instead. “Even now, I think if I had gone the agriculture way, into a college, I’d be so much better. Maybe I’d already be on a better footing or more successful. But it’s never too late. Everything happens at the right time.”

Every day and everywhere, Corteva is supporting farmers like Alice to grow and thrive. We bring our global presence, deep knowledge and diverse resources so that farms can flourish, moving our world forward. Learn more about how Corteva is enriching the lives of those who produce and those who consume, ensuring progress for generations to come.