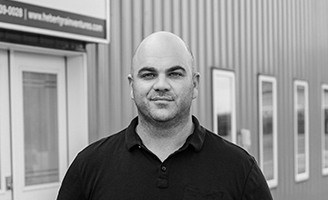 “Our legacy statement that hangs on the wall in my office is that ‘We want to leave the land, the financial statements and the industry in a better state generation after generation.’”

Kristjan Hebert is a farmer in Fairlight, Saskatchewan who applies no till, variable rate input management, cover and rotational cropping to produce of canola, fall rye, malt barley, hard red spring wheat, oats, and peas. Kristjan began applying climate positive practices such as zero till nearly 30 years ago, adding field peas and fall rye as cover crops within the past six years, and most recently working with family in the livestock industry to share silage in trade for manure. His entire operation leverages variable rate input applications based on a 4-acre grid system. In addition, nitrogen is treated to ensure no gas is emitted into the environment.

Kristjan attributes his variable rate input management and grid-based annual testing to delivering a five to seven percent increase to his bottom line, with zero till and seed genetics providing even further yield positive impacts. He advocates heavily with farmers and others in the agriculture on the overall environmental benefits of climate positive practices.