Companies and governments in wealthier countries are snatching up agricultural land in emerging nations—but local populations may be paying a high price.

A lot of land grabbing is going on. Countries and companies around the world are buying up large swaths of arable land in order to gain access to the crops the land can produce. In this century, there have already been 1,204 concluded deals, involving some 42 million hectares (105 million acres)—more than the total area of Germany. The need is understandable, but the amassing of global agricultural land could impact economic, food-availability, and environmental dynamics around the world as profoundly as oil company acquisitions in the Middle East or U.S. Southwest decades ago.

Perhaps not surprisingly, buyers are focusing on some of the poorer places on Earth. With 42 percent of all deals, mainly along major rivers in the east, land grabbing in Africa is particularly popular. Asia, particularly Cambodia and Laos, is the second most attractive region for agricultural land buyers. China, which leads the world in the number of these deals, grows cabbages in the Democratic Republic of Congo, raises fish in Angola, produces wheat, eggs, beef, and pork in Zambia, and harvests sesame seeds, cashews, and peanuts in Mozambique.

Already, NGOs, farmers, and politicians are raising concerns about the effects of these deals on local economies and agricultural livelihoods. When they go bad, they can go very bad. But done right, they can boost economies, provide jobs, and introduce farmers to new farming practices and technologies.

The upsurge in farmland deals began a little more than a decade ago when food prices suddenly spiked right before the major global recession. The culprits were droughts in grain-producing nations and rising oil prices (which inflated fertilizer, equipment, and transportation costs), but the end result was the realization that food security was more tenuous than thought and shortages could become an endemic problem.

As these concerns blossomed—amplified by food riots in some countries—regions and nations that lacked robust agricultural sectors, such as the Middle East and China, or were short on arable land, like Malaysia, went outside their borders to safeguard their food supplies. In other areas, like the U.S. and parts of Europe, the private sector has been the primary purchaser of foreign farmland, drawn by its investment potential as an arbitrage play to hedge against food-price volatility and as a possible business opportunity for the future if food shortages occur.

Since 2000, China, with one-fifth of the world’s population but less than 10 percent of the world’s arable land, has made deals in upwards of 40 nations—and sold some of its own land to about half a dozen countries, according to the Land Matrix, which tracks cross-border agricultural land transactions. 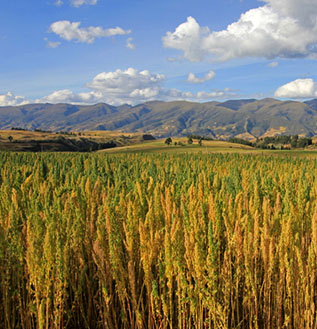 Overall, private companies have made 40 percent of all agricultural land deals, while publicly listed firms initiated another 30 percent through 2016. Only 6 percent involve state-owned entities. Over the years, Deutsche Bank and Goldman Sachs have acquired farms in China, while Morgan Stanley has focused on property in Ukraine. Perhaps the most aggressive firm is Louis Dreyfus Company, a Netherlands-based commodities trader and processor, which set up a subsidiary in South America that closed 12 deals between 2005 and 2009, involving some 70,000 hectares in Argentina, Brazil, Paraguay, and Uruguay.

As of 2012, U.S. companies acquired land from 28 countries and sold to three, second only to China in number of transactions and followed closely by the U.K. But more recently, U.S. land acquisitions have slowed somewhat, while Malaysia, Singapore, and Cyprus (in part, because they are tax havens) have become more active in the global agricultural land frenzy.

This huge disparity between the wealth and global influence of the buyers and sellers is intensifying concerns about the dangers of “virtual trade,” a term that encompasses “shadow” imports of non-tradeable commodities like water and arable land through the products they produce, such as soy and cotton. In the context of land purchases, a virtual trade allows a dry region like the Gulf States to import water by acquiring access to water-intensive crops like rice.

On the one hand, these virtual exchanges can serve as vehicles for much-needed improvement projects in undeveloped countries. For instance, China’s land deals in Africa are often linked to aid programs that go well beyond merely modernizing equipment and techniques on the agricultural property to include construction of roads, docks, airports, and rail lines.

But as laudatory as this is, there are already signs that the plethora of agricultural land deals could devolve into rich countries ensuring their own food security while endangering poor countries by taking advantage of their resources, ultimately to worsen water shortages, biodiversity losses, farmland health, and carbon dioxide emissions in these regions. In other words, a “neocolonial system,” according to Jacques Diouf, ex-head of the United Nations Food and Agriculture Organization (FAO). Diouf’s former colleague David Hallam, who was deputy director of the FAO, added that “there are economic, political, social, and ethical concerns surrounding these investments. The record of foreign direct investments in agriculture over the years does unfortunately suggest that many of those concerns are well founded.”

The outsized presence of the private sector has had a negative effect on the way these land deals are perceived locally and on the benefits that farming communities in poor countries gain from them, many observers argue. Typically, local populations are promised jobs, better wages, agricultural modernization, and investments in the surrounding area. The results are often much less than that. 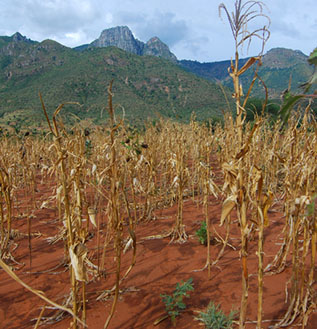 At its worst, the outcome looks something like the purchase by Saudi investors of thousands of hectares of farmland in Ethiopia, beginning a little more than a decade ago. The investors, who are growing wheat, maize, and rice to ship home, are exempt from property taxes in the initial years of their deals. Meanwhile, the conditions on the ground are disturbing. Few jobs have been created, and most of them are temporary and seasonal. Forests, even in valuable national parks, have been cleared, and thousands of residents have been moved off their farms.

Displaced residents who have lost access to crops and food were told that local governments would provide for them, but many of these municipalities have no treasury to fall back on. And ironically, between 2007 and 2011, the World Food Program spent about the same amount of money providing food aid to nearly 5 million Ethiopians threatened by hunger and malnutrition as Saudi investors spent to acquire or lease local farmland.

NGO members who monitor land acquisitions say that there is increased cynicism about these projects from local populations and a higher degree of activism against them when they fail to deliver promised benefits. Perhaps worse, these observers argue, when transborder agricultural deals founder, the land is often left fallow and not returned to the communities in a systematic manner that would give domestic farmers the training or equipment to reclaim the land. “The problem with these cases, and there are a number in Africa, is that generally the land lies idle and the people in these communities do not enter the land and use it for fear of safety.” says Angie Harding, a researcher for Land Matrix.

This is particularly concerning because there are likely going to be many more land purchases by non-domestic entities in the coming years. The very conditions that have led to agricultural property acquisitions—the fear of food shortages, worsened by climate change and diminished essential growing resources—will only stimulate more deals, even if these exchanges often exacerbate the decline of arable land over time.

Observers agree that companies and countries engaging in these deals can take several actions to improve outcomes and both benefit local communities and meet global food requirements:

•  Creating binding codes of conduct for foreign investors and local political organizations to improve the terms of these deals. These   agreements should include measurable benchmarks for jobs, infrastructure development, wages, and environmental resource protection.

•  Sharing profits between buyers, local communities, and central governments (if the money is earmarked for improvements).

•  Abiding by trade policies that protect local communities, including not exporting food if the host country is suffering a famine.

Global agricultural land acquisitions may have been shrouded in relative secrecy for many years, but these deals appear to be finally losing their anonymity. That is a good thing, because even NGOs that focus on local land rights agree that more-developed and wealthier nations and their companies could be a positive force in infusing cash and modernization into poorer regions. And they concur that food supplies are a global issue that should be addressed cooperatively. That is, as long as we are keeping an eye out to make sure that the benefits are spread equally.

The Future of Land