Farmers need arable land to maintain the security of our global food chain. The threats to the land are many, but the solutions are coming into focus.

For most people in the developed world, food security is a non-issue. Supermarkets are stocked with an almost unimaginable variety of meat, fruit, vegetables, dairy products and packaged foods. Kitchens take up an ever-larger percentage of homes, and refrigerators have grown to the size of small warehouses. For the fortunate, the question isn’t “Will I eat?” but “What looks good today?”

Look closely at the crop disruptions and climate extremes of the past ten years, and this perception of abundance snaps into perspective. The food and price shocks of 2008 touched off worldwide unrest and unprecedented movements of people. And projections of climate change and resulting growing patterns for the decades ahead send a clear warning: Unless we make profound adjustments in the way we cultivate crops and consume energy—two key drivers of climate change—the recent disruptions will be mere pre-rumblings of greater catastrophes to come.

A recent report on food security—a gauge of a nation’s ability to ensure the supply, safety and availability of food now and in the future—from the Food and Agricultural Organization (FAO) of the United Nations sounds the warning in no uncertain terms. Production of key staple crops such as corn, rice, potatoes, sugar cane and sorghum, among others, is under increasing threats related to climate change, and may have to “shift to higher altitudes and latitudes as temperatures rise.” It sounds simple when they put it that way, but it’s a humanitarian disaster in the making for farmers whose livelihoods depend on current growing patterns and people whose food supply “shifts” hundreds or thousands of miles away from their dinner tables. 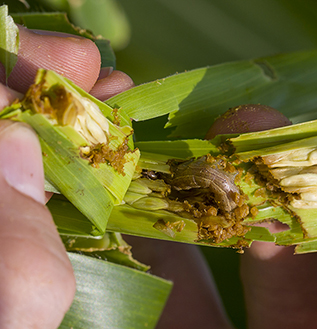 Sorghum, which feeds a half billion people in Africa and South Asia, is a particularly instructive case, as it has often been suggested as a heat-tolerant alternative to vulnerable wheat and maize crops. But even this drought-resistant crop can be affected: A recent report published in the Proceedings of the National Academies of Sciences projects a 10 percent drop in the sorghum harvest with each rise of 1°C in average temperatures around the world.

Shrinking harvest projections are common across the most important staple foods grown around the world. According to the FAO, three of them—rice, corn, and wheat—supply 60 percent of the world’s consumable calories. When you apply the commonly agreed-on multipliers of crop loss—between 5 percent and 15 percent for every 1°C the average global temperature rises—you quickly reach a situation where desperate populations must migrate in search of food, and farmers seek out arable land or new, more resilient crop varieties, or perish in place. The Paris Accords mandate global actions to limit the increase to 2°C; most current projections peg the increase at 4° to 7°C by the end of this century. Even if you choose the most optimistic numbers, we’re still looking at global crop loss of 20 percent.

The myth of mobile crops

The International Food Policy Research Institute (IFPRI) is a Washington-based think-tank employing 600 people in 50 countries. Their goal: to develop strategies and methods that can help produce a world without hunger or malnutrition. The challenge is huge. Their climate analyses show that, in the next 30 years, a significant portion of the arable croplands in the largely less-developed Southern hemisphere and equatorial regions will disappear. This trend will be only partially offset by an increase in farmable land and lengthened growing seasons in the economically advantaged north. 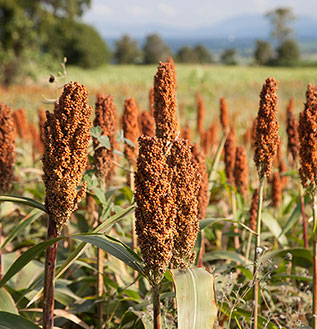 That tradeoff is happening already. Wheat harvests in Russia have been setting records in recent years, in response to longer growing seasons, newly arable land, and milder temperatures. It has allowed the nation—a former wheat importer—to become an agricultural powerhouse, exporting to such food-insecure countries as Egypt, Turkey, Bangladesh, Saudi Arabia, Indonesia, Azerbaijan, and Nigeria.

But there’s a matching climate-related disaster in the making, according to the Sierra Club: The invasive fall armyworm—which benefits from climate-related drought conditions—has hit 28 African countries hard, hampering maize production and threatening a primary food source for 200 million Africans.

Economic progress—usually regarded as a cure-all—could make these climate-driven problems even worse. “The biggest issues in developing countries are that as the middle classes grow, their diet changes,” says Smith. “People eat more meat, and as cattle production goes up, so do greenhouse gasses. So as we add billions of people to the middle class, the climate problem feeds upon itself.

“We have to understand the interconnectedness of these risks,” Smith concludes. “You pull on one lever, it affects all the other levers as well.”

In 2007-08, surging oil prices, combined with widespread drought, caused a spike in food prices that led to riots in 70 countries. A related disruption in 2011-12 pushed food costs even higher, leading to widespread unrest in Africa and helping to foment the “Arab Spring” uprisings in the Middle East. And there is evidence that the civil war in Syria was caused in part by a severe drought that, beginning in 2006, drove people into cities, where high levels of unemployment exacerbated discontent. According to the International Displacement Monitoring Center, extreme weather has motivated desperate migrations of an average of more than 25 million people every year for the last decade, in search of food and the arable land needed to grow it. That far outstrips the number of people displaced by war.

Drought is only one of the climate-related effects leading to political and economic instability. Extreme weather—hurricanes, typhoons, torrential downpours, temperature fluctuations, flooding—is another dangerous effect of rising global temperatures, and it has had impacts all around the world, including the U.S. The U.S. Environmental Protection Agency estimates that, in the Southeastern part of the U.S. alone, “average losses caused by recent hurricane winds, land subsidence, and sea level rise are estimated to be $14 billion per year. These costs are expected to rise in the future.”

As temperatures and sea levels rise, the population dislocations and farm losses to a U.S. region housing 80 million people—and home to such watery cities as Miami, New Orleans, Fort Lauderdale, and Charleston, plus the 32,000 miles of flood-prone coastlines that connect them—are potentially staggering. Recent hurricane-driven exoduses from superstorms Harvey, Katrina, and Florence bring the risks into sharp focus. And if the threats are that grave in an economically advantaged zone, consider the potential impacts to populations and economies in coastal Africa, India, Asia, and Oceana.

How to fight back

Despite the real effects of climate change, now and in the future, the threat can be addressed, with the right combination of new technology, scientific advances, trade agreements, and political cooperation.

One advantage we have now: We’re tracking the changes, and the risks, and we’re beginning to test solutions at both the local and international levels. A recent report in U.N. News shows how farmers in Kenya are responding to climate change by switching from maize to more a drought-tolerant crop, such as sorghum. Serbia is instituting measures to help predict drought and mitigate its effects before crops are devastated. Water markets in Australia now encourage farmers to sell and shift irrigation rights, maintaining both crops and incomes in their increasingly dry climate. But whether we can cooperate on an international level to cut back on the emissions that are causing climate change remains an open question.

One advantage we have now: We’re tracking the changes, and the risks, and we’re beginning to test solutions at both the local and international levels.

Despite climate change, crop yields overall are expected to advance at about 1 percent a year, thanks to new seed varieties and improved drought tolerances of crops. And while insect-related losses currently spoil about 35 percent of the world’s crops, new planting schedules, crop rotation techniques, safer pesticides, and irrigation schedules could thwart pests and improve harvests. Even such low-tech solutions as planting cover crops, tilling more organic matter into soil, and developing wind-breaks, could have a real impact, as they lessen the amount of soil loss, currently estimated at 16 to 30 tons per hectare (2.47 acres, or the size of an average sports field). More and better-managed soil means more food, pure and simple.

Ricky Robertson, a research fellow with IFPRI, isn’t so much afraid that we can’t figure this out, but rather that we won’t invest enough in R&D to avert crises three decades hence. “Right now, we’re living off research investments we made 20 years ago,” he notes. “If we make less investment now, we’ll pay for it later.”

From Farm to Smart Phone

Agriculture at a Crossroads